INTERVIEW WITH KERRY REIS - AUTHOR OF THE MYSTERY NOVEL, DISAPPEARED AND FOUND 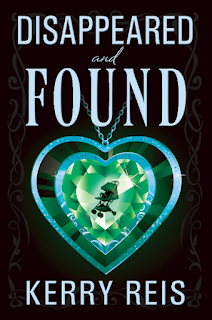 Kerry Reis was born in Oregon and raised in Jacksonville, Florida. He attended the University of California at Los Angeles, graduating with a bachelor’s in motion picture and television arts. He enjoyed a near thirty year career in digital broadcast communications for the Disney ABC Television Group. He has traveled widely throughout the United States and Europe and currently resides in Colorado. He is a superb photographer who has used his great talent in photography to celebrate the stunning U.S. National Parks.  A lifelong fan of mystery novels, he now writes them. You can follow Kerry on Twitter @KerryReis57.

DISAPPEARED AND FOUND is a new mystery novel from author Kerry Reis. Kerry's first mystery novel was Legacy Discovered and now he delves into the worlds of adoption, reality television and missing people.

JT: Kerry, your new novel is entitled, "Disappeared and Found." It's your second novel. What brought you to writing this mystery revolving around a potential adoption?

Kerry: When I self-published my first novel, “Legacy Discovered,” I quickly discovered the challenges behind promoting and marketing self-publishing and felt focused on this for the first few years after “Legacy Discovered” was officially published. However, shortly after I moved to Colorado, my UCLA college buddy, Tim, who lives nearby with his wife, challenged me at one of his open house events to start focusing on writing a new novel. I am not sure whether this helped rile up my brain, but it was just a short time later, when I was relaxing in front of my television to enjoy a couple of cable reality programs I had gotten interested in, TLC’s “Long Lost Family” and ID channel’s “Disappeared.” After watching the two shows’ episodes on that night, my brain started to blend the investigative concepts behind these two programs to create the storyline idea behind “Disappeared and Found.”

JT: Did you have a strong interest in adoption prior to writing this novel or were you just being creative as you attempted to draw out the larger mystery?

Kerry: I do not have any especially strong connection to adoption, but my general interest in family was what drew my interest in the reality program, “Long Lost Family.” The basic premise has an individual who has reached out to the show to find and reconnect with biological family, usually an adoptee who is seeking to find the biological parents who put the person up for adoption, or an individual who put a baby up for adoption and is now seeking to find out how that child turned out. The show has two hosts, each one taking on a separate case, so that each episode follows two separate investigations. In each investigation, the assigned host interviews the person seeking the biological family, investigates using both ancestry records and DNA testing, tracks down and interviews a biological family member, determining that the biological family member is willing to meet the person who is seeking the biological family. Some episodes within the seasons had unusual cases that developed a few twists, although not one as complex or creative as the one I devised for “Disappeared and Found.”

JT: Were you interested in missing person storylines and if so, what drove the interest?

Kerry: I have always had a fascination with the mystery genre. One of my favorite authors is Agatha Christie, and I have a complete set of her mystery novels. When I saw the reality program, Disappeared,” for the first time, the unsolved mystery behind the episode tapped into the tantalizing feature of trying to solve the enigma, unlike other true crime programs. The purpose behind each episode which used interviews, archival footage, and recreations to describe the details behind an individual or group who suddenly go missing was to find viewers who might have clues or evidence that could solve the case, as each episode provides a phone number at the end for viewers to call in clues or tips. To me, the unsolved mystery element is fascinating in its own right, but after I watched an episode immediately after watching a “Long Lost Family” episode, the concept that a possible adoption could actually be the spark to solving a cold case missing person mystery quickly developed into the unique storyline for “Disappeared and Found.”

JT: The technology surrounding blood types is fascinating material. Knowing what we know today it is amazing any crimes were solved prior to forensic science brought on in the modern era. Did you spend time investigating the role of blood types?

Kerry: Actually, the basic genetics of blood types was something I had already learned. It probably stuck with me because I am an AB positive blood type. I quickly realized it would be a perfect way for my main character, Dorothy, to accidentally discover that the parents who raised her were not her true genetic parents.

JT: How much time did you invest in researching law enforcement procedures regarding this type of a missing person case?

Kerry: I pretty much based the law enforcement plot and characters on my basic knowledge of law enforcement in the news or police procedural series. Since the uncovering of Dorothy’s connection with a missing person cold case crossed interstate lines, the need to bring an FBI agent into the tale was a given, but the setting of a small town as the location of the original disappearance allowed me to work with a more intimate cast of local law enforcement, basically an intimate interaction with an FBI agent and the local sheriff.

JT: What is your regimen for mapping out the plot, story, and narrative?

Kerry: I basically follow an outline process I learned in a script writing class I had during my time obtaining my Bachelor’s Degree in Motion Picture/Television Arts at UCLA. After conceiving the basic plotline and writing up a short synopsis, I break the plot down to a timeline series of scenes, each one written in a single paragraph. I can then read the paragraphs, searching for flaws within the plotline or character actions. In the script writing process, each paragraph would be expanded into script dialogue, but I realized that this process also worked with novel writing by expanding the scene paragraphs into fully fleshed out description of location, action, conversation, and character perspective, creating an intriguing story for readers to enjoy.

JT: Based on your many years in the television industry, was that a driver in why and how you incorporated reality television into the novel?

Kerry: My experience in the television industry did help me to understand the production process behind the reality shows, elements of which became important in the progress of the story as the two separate reality series find their productions unexpectedly intertwined in the mystery. However, having the basis of these two reality series being a part of the main concept of the mystery story mainly came from my general enjoyment in viewing the actual reality series on which they were based upon. Even though law enforcement has more scientific tools to solve mysteries, I have noticed that reality television has been instrumental in promoting these tools in solving interesting past mysteries and historical research.

JT: I certainly don’t want to give major plot points away, but did you base any of these characters off of real figures taken from news stories, or were all of these people just taken from your own creativity?

Kerry: The only character that comes anywhere close to being based on a real character would be the host character of the “Finding Family” series in my novel who is somewhat similar to one of the hosts in the “Long Lost Family” series. All of the characters and the story itself are fully fictional, generated by my creativity in intermingling the two basic concepts of the two actual reality series that inspired me into a unique mystery that I hope intrigues readers. 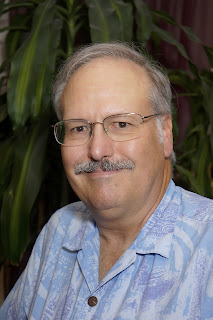 To read the 2013 interview with Kerry Reis regarding his first published novel, Legacy Discovered, Read On Read Now has supplied the link to the interview.
https://readonreadnow.blogspot.com/2013/05/interview-with-kerry-reis-author-of.html
Copyright Read On Read Now March 2022
Posted by ChiLAGal at 10:56 AM